Hibernia Bassmasters was founded in 1970, making this our 50th anniversary season.  The 50th annual awards ceremony was to be a GRAND GALA, but thanks to Covid it was a more subdued gathering.  Given the circumstances, maybe we were just lucky to even have this peaceful protest. 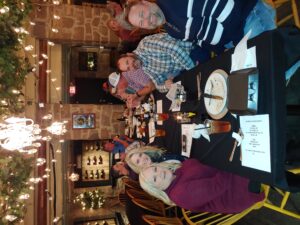 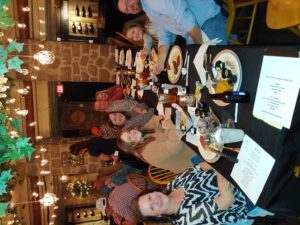 Before we get to the event, we must first take a moment to remember the angler we lost in 2020, FAR too early.  William lost his bout with brain cancer this year, but will be forever remembered.  Here he is at the 2018 awards ceremony with the owner of Middleburg steakhouse, who just looks like Dale.  William won the season in 2018, giving him extra reason to smile. 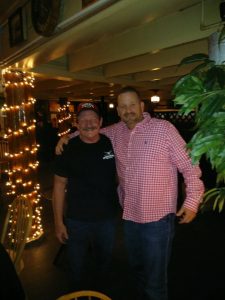 Kicking off this year’s awards was the Big Fish, which set a club record.  The previous record was 9.86 lbs, caught by club founder Robert in 1998 (he can still tell you which tree he caught it off in the Chowan).  That was surpassed this year by George’s 10.31 lber, the only double digit bass weighed in a tournament in the 50 years of the club. 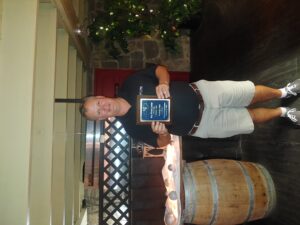 Next come the largest stringer of the year, which was NEARLY a club record.  In the 80’s it is rumored a 33 lb sack was weighed on Lake Jordan.  This year Adam pulled 27 lbs from Falls Lake, an amazing catch for a single angler in a club. 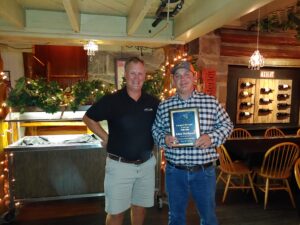 We introduced a new award this year, likely a one time thing – 2nd Largest Stringer.  Typically when you have the 2nd largest sack of the year, you at least got to win the tournament.  Not so this year, as Nolan caught his 18+ lbs on Falls, the same day as Adam.  Nonetheless, such a great day should be recognized, so great job Nolan! 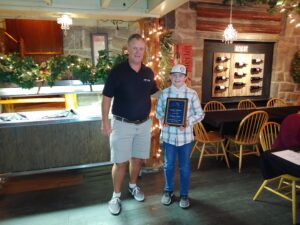 Next we move on to awards for the whole year, kicking off with David in 3rd.  He lead after the first tournament, and then won again on Gaston, but spent much of the year out of the top 3.  His strong finish brought him another plaque for the wall.

Next we have a rookie that lead the points most of the year, but got bit down East in the wrong way.  Mike had an amazing first year in the club, winning or getting 2nd multiple times.  He will be a force to be reckoned with for years to come. 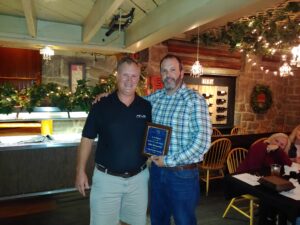 Then we come to this year’s champ.  After decades of coming in 2nd, in the multiple clubs he has been a member in, Greg wins…. again.  Back 2 Back for “Mr. Consistency.”  Congrats Greg! 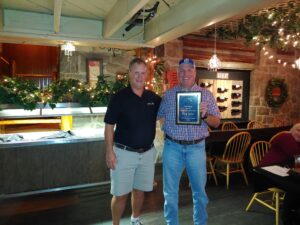 And last, but certainly not least, the award for most dedicated angler.  This is the guy that makes fishing each tournament more enjoyable, and being in the club such a great experience.  Linnie showed at every tournament this year, grabbing a win along the way.  His positive attitude regardless of the outcome is always enjoyable.  Thanks Linnie. 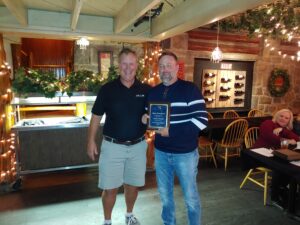