After a 5 week break we got back to it trying to get the late summer bite at Falls.  For most it was tough, though some managed to find the winners.  3rd and 4th place did their damage in the main lake, but to cash a check at this one you had to run up river.  That’s just what the top 2 finishers did this past Saturday.

Owen finally lived up to the hype but bringing home the victory with his sack of 3 lbers.  His 15.13 lb sack brought him the victory, along with being the THIRD club rookie this year to win a tournament. 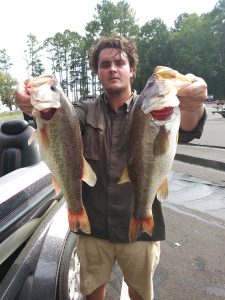 Close on Owen’s heels and finishing about a half pound behind was Greg.  His sack of  14.44 lbs, anchored by the day’s big fish oat 5.63, was good for second place.  More importantly however, (and not to jinx it!) Greg is now on the precipice of winning his first ever club championship.  Let’s not quite give it to him yet, but it would take a catastrophic collapse coupled with an immaculate finish by another angler to prevent the bridesmaid from finally being that bride.

Of course we love getting together as a group and competing, but also spending time getting to know each other before, during, and after events.  For this reason, the highlight of the day was seeing our brother William back on the water.  After missing more than 3 months it sure was great to have him back, and even better that he fished well.  3rd place and 13+ pounds.  Welcome back William! 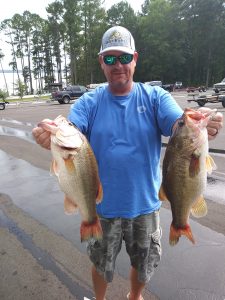