We love going “down East.”  Endless water and endless possibilities.  Most of us head down a day or 2 early (some even go 3 days early) to check out new places.  Often the waters will yield some nice fish, with this year producing several 5+ lb fish and two that went over 6.  Bunches of limits highlighted the weekend.

Day 1 went pretty much the way everyone expected.  Greg went to a favorite spot and pulled in a limit of 16.46 for the win. 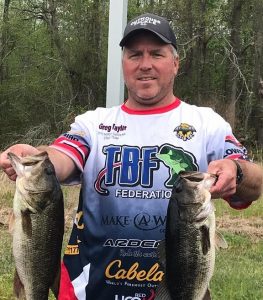 On the back of his boat was first time visitor Robert who also whacked em bringing a 12.99 lb limit to the scales (not pictured – thanks tournament committee?!?!?!).

The swamp donkey of the day came compliments of Nolan, who just turned 10 earlier in the week.  This 6.2 pounder tried to pull him overboard, but this kid triumphed in the end. 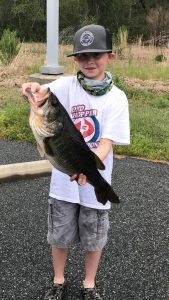 Day 2 brought some unexpected results (and some expected).  Troy followed Greg and caught all the ones he missed to bring a limit of 14.88 lbs to the scale for his first club victory.  Way to go Troy!  Now just work on your camera pose.  Look to David below for guidance. 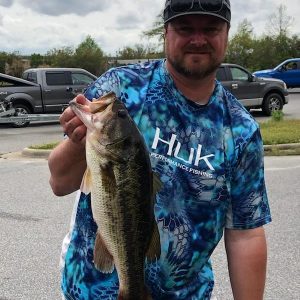 David showed he is still a force to be reckoned with, narrowly missing the win with his 14.55 lb bag, anchored by the day’s big fish of 6.08. 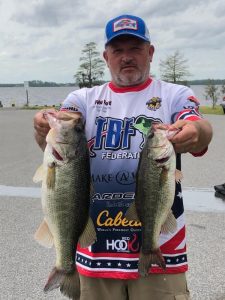 With weights from days 1 and 2 being combined to determine points, the weekend champion was Robert (pictured here – thanks Jayme) with a total weight of 25.36 pounds from limits both days.  He narrowly edged the guy in the front of his boat, with Greg earning second place with limits totaling 25.08.