Major League Fishing will spend a few days on Lake Jordan this week (along with Falls Lake and Shearron Harris).  We certainly hope they fare better than we did.  It’s fantastic that the pro tour will come visit our area, and we can’t wait to see how much they love fishing here.

Heavy wind and cold dominated the tournament day.  Tough conditions both above and below the waterline made catches few and far between.  Club rookie Blaine backed up a great practice day by taking home the victory with 2 fish weighing 9.71 lbs. 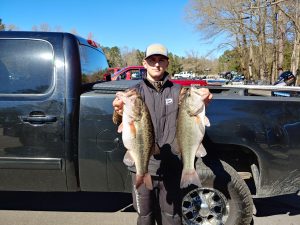 Veteran David made sure to get himself in the mix as usual, bringing in 2 fish weighing 7.92 lbs to grab the second place slot.  Carolina and Duke standing next to each other in March.  What’s up duuuuude. 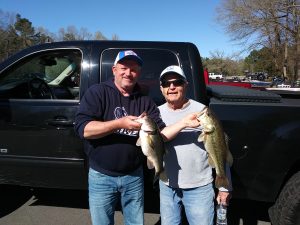 But it was another rookie that brought in the big fish, as Robert hauled a 7.11 lb lunker to the scales.  Rest assured the MLF guys will be hauling PLENTY like that into their boats this week. 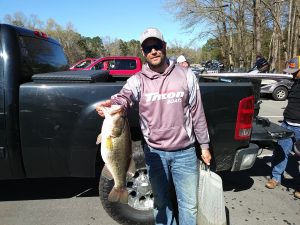